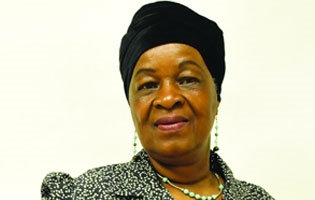 Financial life from bad to worse

The small salary Dora earned as a domestic worker made her life more miserable and lured her into the wrong way of trying to make money.

"I had three children to provide for, but the money was never enough to take care of my family. We lived in a one room shack because I could not afford rent for a decent place. Things were so bad that I could only buy a 2kg of packet of mielie meal, the smallest bottle of cooking oil and a bag of potatoes.

I borrowed money from different people and failed to pay them back. I started gambling, hoping to make more money from the little I had. That worsened my situation because I lost each time I went gambling," she said.

"I was always in deep thought about my poor finances and I started to have health issues. My vision became blurry at times and one afternoon I collapsed at work. My employers rushed me to hospital where I was told that my stress levels were too high. I could not talk or walk on my own for three months while I was in hospital. I could not continue working because I was declared unfit for my job. My eldest daughter found a job and she took over all the family's financial responsibilities," she said.

In 2005, Dora was invited to the Universal Church and she attended Tuesday services for healing and on Mondays for her financial life to improve.

"That year, I stopped gambling and I started taking small steps months later. My speech improved and I recovered fully in a year. Knowing my financial status, my former employer started sending me money as a living allowance. I was able to help my daughter with the financial responsibilities. I also saved some of the money and I had a six-room house built. I now live a life of abundance and have a proper place to live. I know God as a Healer and a Provider," she said.

A breadwinner at 15 and lost first child at 18

Maria had to drop out of school in grade five to care for her four siblings after her mother was diagnosed with tuberculosis and became bedridden.

Disobedience caught up with me

Mixing in the wrong crowd turned Sara into a disobedient teenager who gave birth to two children by the age of 17, dropped out of school and then became involved in criminal activities.