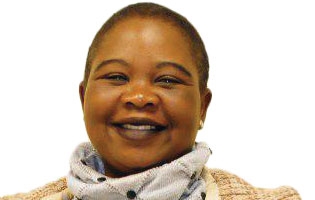 From rejection and abuse to forgiveness

Meeting her father for the first time when she was in high school made Qhawekazi hope that her life of abuse at the hands of her aunt would soon be a thing of a past.

Her mother left Qhawekazi with her father's sister after giving birth, but her father also disappeared.

"All I knew about my parents was that my father physically abused my mother when she was pregnant with me. As a result, she left me with my aunt and never returned. My father was never involved in my upbringing.

My aunt accused me for anything that went missing at home and beat me up. I remember one night, when I was 12 years old, I slept in an open field on cardboard boxes because I was running away from being beaten up. The only place where I found peace was at school with other children. After school became a sad time for me because I didn’t know what to expect at home," Qhawekazi said.

She was in high school when she met her father for the first time.

"He came to visit his sister. Our meeting wasn't what I had expected as he didn't want anything to do with me. He called me the child of a curse and I didn't know why. That’s when I wished I had died in my mother's womb instead of living such a painful life," she said.

Trying to escape from this life, Qhawekazi dated an older married man from the age of 16.

"He gave me the love and comfort I was desperate for. I became pregnant with his child in grade ten. I left school and he rented a place for me," she said.

"I attended the services every day and I learnt that I was destroying someone’s family by dating a married man. I ended that relationship, but he continued supporting his child. I asked God to help heal my heart from my past hurts. I was able to forgive my father for rejecting me, my mother who abandoned me and my aunt for ill-treating me because I was determined to start a new life. I also understood that God also forgave me for my sins. I now live a peaceful life because I made God my refuge," she said.

Life became complicated for Nobayeni after her mother lost her job. Nobayeni and her mother had to move out of the flat they rented into an RDP house.

Pretty feared night time because she always had nightmares and heard strange voices.

The man I loved pointed a gun at me

Tired of physical abuse, Busisiwe left her boyfriend of five years after he threatened to shoot her. At the time, her son was three years old and she did not have a place to stay.