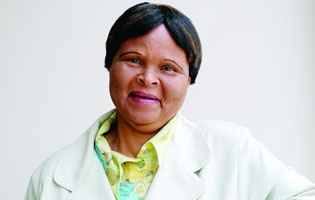 I wanted to end my life to get his attention

Trying to get her husband’s attention, Mildred took it to the extreme of attempting suicide. Her husband drank alcohol heavily and spent his time away from home.

"He always left home early in the morning and got back late at night even if he was not at work. The children spent weeks without seeing him. He also did not give me enough money for the family’s needs, yet he was jealous and did not want me to work. There was no peace in our marriage and we moved from one shack to another because he used his money on his addiction. I complained until I became tired and one evening during a heated argument, I opened the window and told him I was going to jump out because I felt he did not need me. He jumped up and grabbed me and he promised to change," she said.

His change only lasted for a few months before he went back to his life of alcohol and friends. She decided to volunteer at the feeding scheme at her children's school.

"I did it without him knowing because he wanted me to stay in the house all the time. The Universal Church was close to the school and I would attend the service after finishing at school. At a service I learnt how to pray and use my faith to change my situation. I continued praying and believing God for peace in my marriage even after he stopped me from attending the services," she said.

Her husband later became ill and passed on in 2006.

"A year later, I started attending the services at the Universal Church again and asked God to strengthen me. My faith developed and the school hired me permanently after I had been volunteering for over nine years. I got a house in 2008 and I moved out of the shack. One of my two sons is now working and I am at peace with the life God has given me," she said.

Haunted by anger and bitterness

Growing up in a family that lived on next to nothing and later marrying a man who cheated on her left Susan a bitter and angry person.

Kidnapped and abused for six months

Unable to cope with the trauma of the sexual and physical abuse she suffered when she was kidnapped for six months, Judith became suicidal.