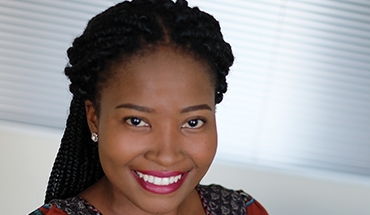 “Being in the same grade with my cousin who was a top achiever while I battled with my studies made me suffer from self-esteem in my teen years. Her family was well-off compared to mine and that sometimes made me feel useless.

I later lost interest in everything and I had no drive to take up opportunities presented to me because I felt I was going to fail anyway as I wasn’t good enough. That affected my spiritual life as well. I didn’t see myself as a person that the Holy Spirit would use.

I was filled with doubts and confusion to the point where after completing matric I changed five universities in six years. I continued attending services at the Universal Church, but I was spiritually weak and filled with doubts until 2018, when I decided to speak to a pastor who offered me counselling and encouraged me to commit myself in the Wednesday services in order to have a covenant with God.

At the services, I learnt to replace negativity with godly thoughts. I regained my confidence after I understood that I was unique and I did not need to compare myself to anyone. I developed interest in my studies and I’m now doing a BComm economics degree. My insecurities are a thing of the past because God reminded me of my purpose,” she said.

My father sent us money every month end so that my mother could buy food and other things we needed. We lacked nothing even though my father was the only one working. However, life became an uphill battle when my father was retrenched