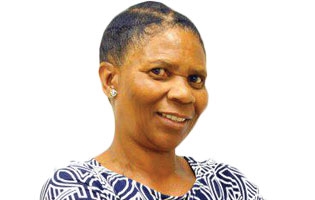 The 21 days with a difference

Taking part in the 21 Days Fast of Daniel marked a new dawn for Agnes who lived a bitter and unhappy life.

"I was a very unhappy and short-tempered person. I always wanted to be right even when it wasn't necessary. In our family gatherings, I bullied my family members and forced my opinion on everyone. I threw tantrums, became angry, walked away and stopped speaking to them for a long time whenever they refused to take my opinions.

I only spoke to those who approached me and apologised, even though I was the one in the wrong. My grandchildren were also scared of me because I was always violent towards them. I beat them up for not doing their household chores," she said.

Agnes had taken part in a previous 21 Days Fast of Daniel however her character did not change until 2013.

"The Fast was almost coming to an end when I told God I was not going to let Him go until He changed my character. I understood that it was impossible for me to experience inner peace without having the Holy Spirit. One Wednesday during a service, I prayed with tears rolling down my face and confessed my anger and short-temper to God. I was tired of being a loner because of my 'monstrous' character.

I had no inner peace because people, even my grandchildren, feared me. After that prayer, I felt like a huge weight has been lifted off my shoulders. I was filled with joy and inner peace that I haven’t felt before. I realised that I had received the Holy Spirit. My character changed completely; I am now at peace with everyone around me.

I respect my family member's opinions. I apologise when I'm wrong and don't get angry over minor things any more. God changed me from a monster to a loving person with a soft heart," she said.

Grudges held me in bondage

"My parents' separation left me angry and bitter. I was raised by my grandmother because my mother, a domestic worker, lived with her employers in another province.

Haunted by anger and bitterness

Growing up in a family that lived on next to nothing and later marrying a man who cheated on her left Susan a bitter and angry person.